The newer fencing on the bridge wall is still there today.The wall on the other side of the bridge has not been altered and is the same as it's always been.It is also very easy to tell the difference between the old and new road layouts,as instead of laying a totally new footpath,the new now wider path was just added on to the old.

I then headed across the road towards the station where an old couple caught my eye.For some reason they were digging in the bank very determinedly and being quite nosey I had to find out why.They told me that when the station closed and was being dismantled,the fencing here was just cut off at ground level,but over time the remaining stumps were starting to poke through and that they were removing them so that children who climb up the bank from the carpark wouldn't hurt themselves.They had told the council about it,but when typical of councils they did nothing,had decided to do it themselves.Community spirit isn't dead,at least not in Bampton.

Leaving them to their mission I had a quick walk around the carpark and after a bit of studying I reckoned that the old waiting shed would have been roughly where a blue recycling bin now is.I've never been able to find out what happened to this shed,but I suppose it may of just been broken up and perhaps buried under the bridge,like much from the station no doubt was.

In Station Road the original wall is still there.A Bampton local once told Christine that when they were young they would walk along this wall and try to climb onto the Station Building roof,which must of been quite dangerous,as it was quite a drop then.I then walked down towards where the old coal yard used to be.Although there is nothing left now of it,I did find an apple tree growing wild near where it once was.There seems to be a long connection between train stations and apple trees and I am sure that it is no coincidence that there is one growing there still.

In these two old pictures you can see the coal yard as well as the Goods Shed.Also notice how what is now Barnhay used to be fields. 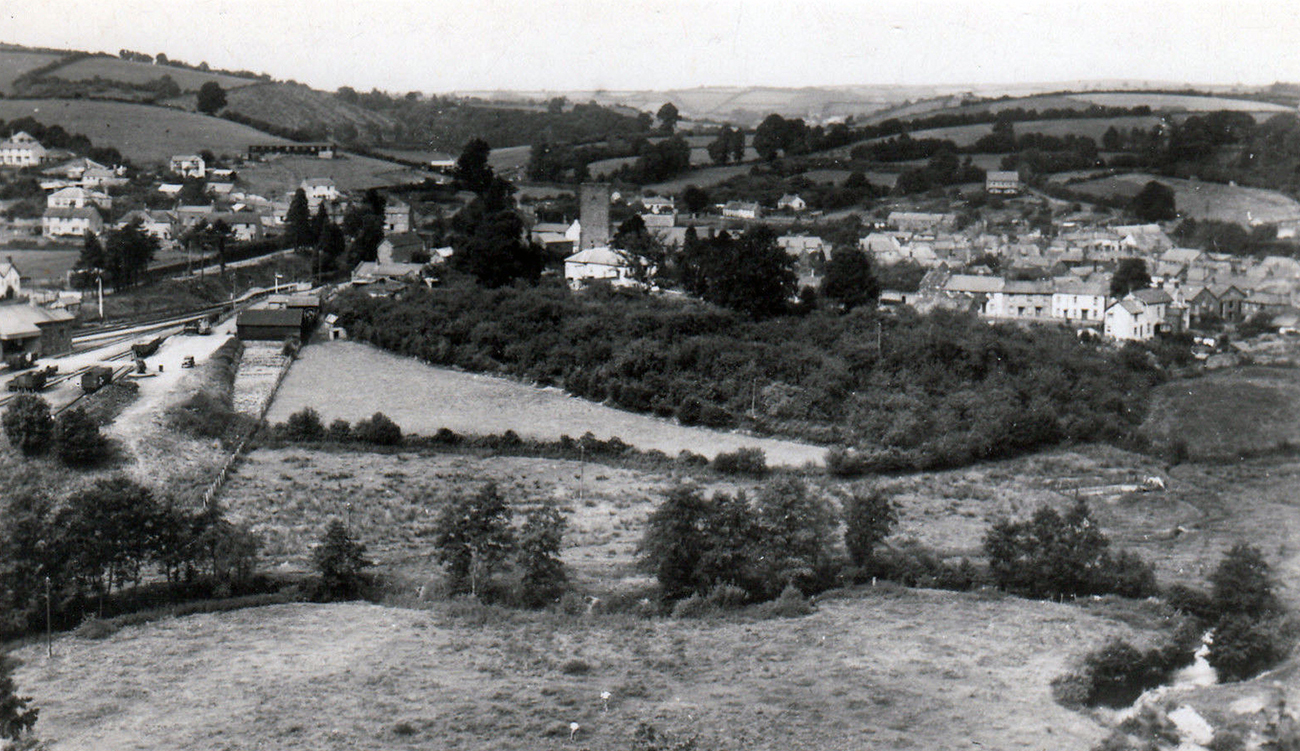 Across from here is the modern industrial site,that was built over where the old Goods Shed once was.You might think that nothing remains from the old railway days,but there is actually still an old set of stairs still there.These stairs must of led from the coal yard down to the Goods Shed.

A little further up on the corner of the road is a flower bed encircled by stones.I have been told that this flower bed was there when the railway was running,maybe even kept by the station workers to keep their station looking pretty.