The station wasn't actually in Dulverton,but about 2 miles south in the village of Brushford.It was opened on 1873 and being in Somerset, was the only station on the line not in Devon.

The station was closed in 1966 with some of the buildings becoming part of the Carnarvon Arms Hotel,before that closed in 2002 after feeling the knock-on effects of the 2001 foot and mouth outbreak.It has now been converted into residential dwellings. 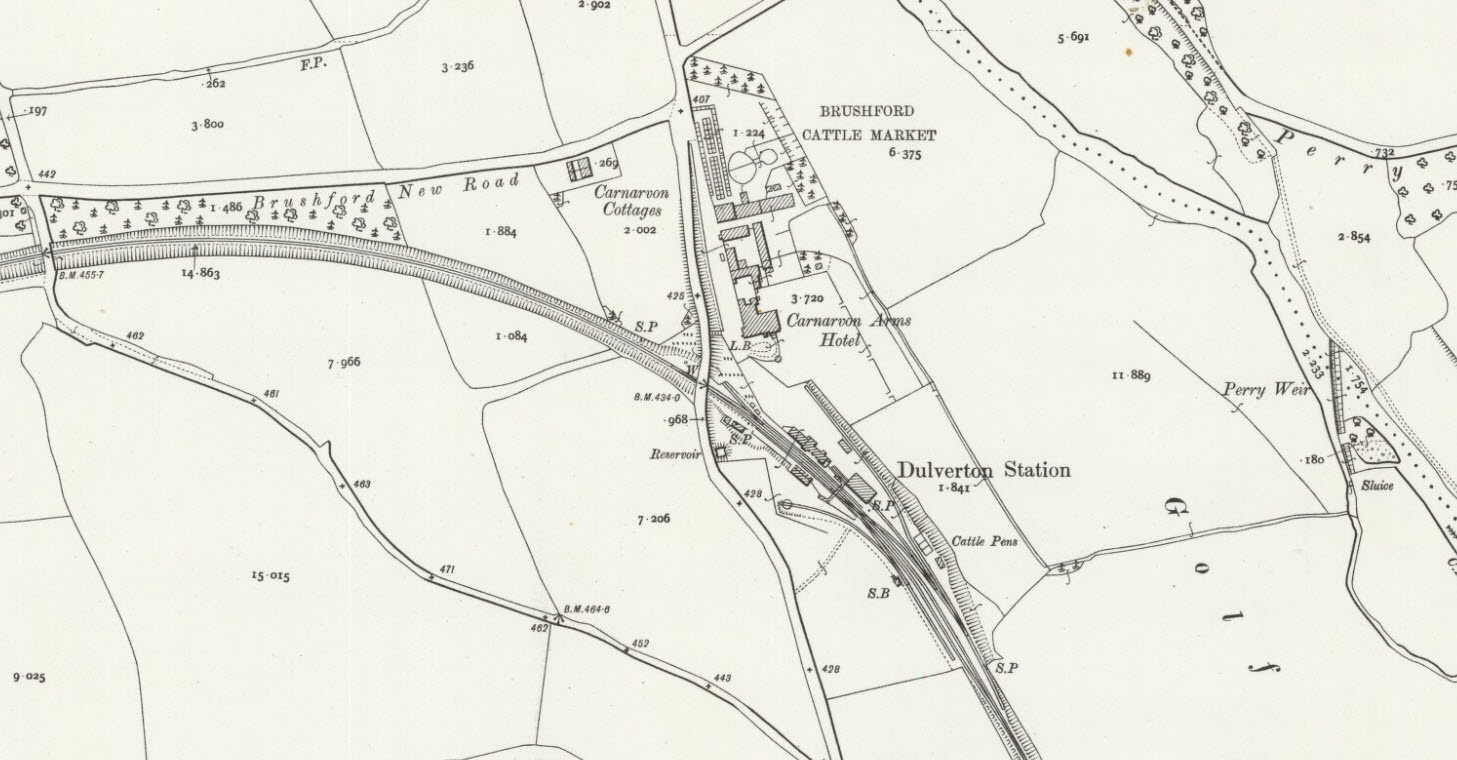