The Destruction of Tiverton's Rail Heritage

For many months I had been pondering upon the question of what had happened to Tiverton Station and all the infrastructure that went with it.After several visits to where the station used to be,it was obvious to see that nothing remains other than the Goods Shed and a couple of small buildings,but this still left the question of when and why had it all been removed.So it was then,that we started visiting Tiverton Museum and their excellent Research Library in order to find out what happened to Tiverton's railway.

At this point I would like to thank Bernard and Pam at the Research library,who have always been very helpful and full of interesting information.I would also like to thank Tiverton Museum for giving me permission to use many of the pictures that you will see in this article.

After the closure of the Exe Valley Railway in 1963,Tiverton Station remained open to passengers for a further year,ferrying passengers up to the main line at Tiverton Junction.

It then carried on being used for freight only and the old Exe Valley line from the station towards the Exe River was used to store old wagons before they were disposed of.The station was finally closed and abandoned in 1967.The rails were lifted and anything of value was removed and sold,but the platforms and station buildings were just left and soon became a derelict eyesore,that attracted children and vandals alike.

These amazing pictures were sent to me by John Saunders which he took as a boy in 1966.His uncle,Dennis Crowe was a ticket inspector on the "Tivvy Bumper" 1959-1960.I especially like the beautiful picture of the bridge and can still remember the days when Buddleia seemed to grow out of every piece of stonework.The third picture shows the line down towards the Exe,where the old wagons were stored.Thank you again John for allowing me to use them.

Throughout this article there are newspapers stories like this one,about the station buildings from Tuesday 7th March 1972.If you would like to read the complete newspaper article in PDF form,click on the picture.

I have asked many people, "when were the station buildings actually demolished",including people at the museum,but no one seems to have a definitive answer.Even Wiki doesn't have an actual date on their piece about Tiverton Station,but from trawling through the local papers at the museum,the nearest I have got to an answer is sometime after 1972.If anyone knows an actual date and has some evidence or better still pictures of the buildings being demolished ,please contact me so that I can update this piece.

The abandoned station buildings,notice that the footbridge has been removed. 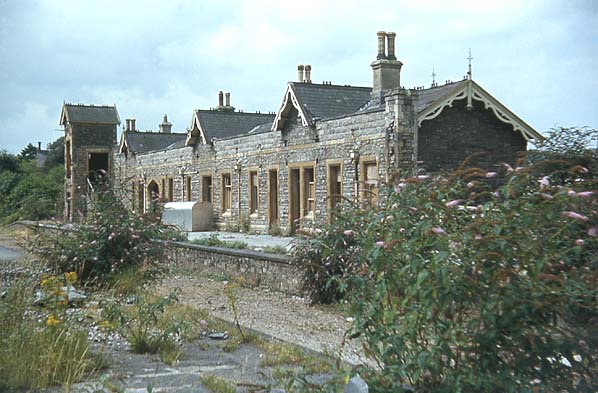 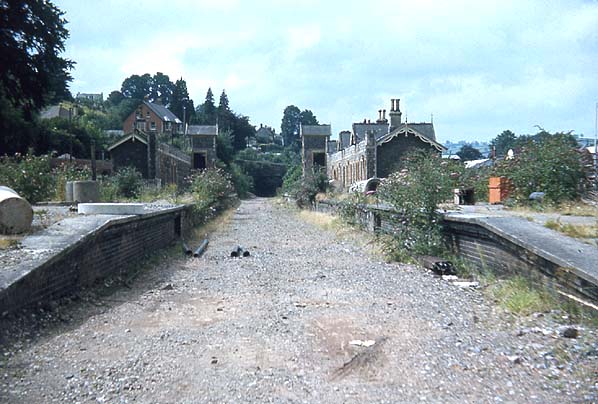